I woke up early this morning with a very heavy heart.  It was Pain Clinic Day again.  There is no appointment system – it operates on a first come first serve basis.  Wonder above all wonders no traffic delays… I was first to arrive!!!

The amazing thing is that one of Vic’s ICU doctors ran the Pain Clinic today.  He immediately recognised me and we spent an hour discussing Vic.  He looked at her X-rays and was mortified by the fracture.  He was so sympathetic.  Over the past 5 years he has often been part of the ICU team fighting for her life.  He is well aware of the prognosis and confirmed that the arm would be terribly painful and that there was no chance of it mending.  He knows exactly what her little body has been subjected to over the years.

We will try an additional tablet, Jurnista, which apparently works on two different pain receptors.  “Hydromorphone controlled-release belongs to the family of medications known as opioid analgesics (narcotic pain relievers). It is used to treat chronic severe pain. Hydromorphone works on the brain to increase the ability to tolerate pain. Hydromorphone controlled-release works by gradually releasing the medication into the body to help control pain that requires the prolonged or continuous use of an opioid pain killer.”

The side effects seem severe.  But he double checked with the head of the department so I am sure they know what they are doing!  I know that I will not have a peaceful night’s sleep at all!  But so far so good – it is a slow release tablet so no effect at all yet.  Oh, I forgot – it is highly addictive!

I am cautiously optimistic!  Just a little reprieve would be great!

Poor Jared.  Just when we thought he has recovered so well from the Nissin Repair, chest pain strikes again!  (Nissen fundoplication is a surgical procedure to treat gastroesophageal reflux disease (GERD) and hiatus hernia. http://en.wikipedia.org.)

Jared was born with a reflux problem.  He was the best projectile vomitter ever!  As he grew older he stopped vomiting (in public) and never complained.  He then started chewing Rennies.  No matter who he went shopping with, he always came back with a pack of Rennies.   Obviously nobody reconciled his Rennies intake…  Until he developed chest pains!

Long story short is that after six months of treatment, the decision was made to do the Nissen repair.  I may have blogged how well Jared did post-operatively, how brave he was and how wonderfully he recovered.  So it came as quite a shock when I received a call from school yesterday asking me to pick Jared up as he had severe chest pains again…

We spent the afternoon at the doctors.  Chest X-Ray, ECG and then a CT scan.  CT showed up several kidney stones… Average size 6.6mm.  The chest pain was caused by something called Costochondritis.   Costochondritis is inflammation of the junctions where the upper ribs join with the cartilage that holds them to the breastbone or sternum.

Today Jared went for blood tests.  Once the results are back we will start seeing some specialists to resolve the kidney stone and calcium build-up problem.  The Dr suspects Jared has either an autoimmune and/or connective tissue problem.

I was thinking today, that if we only have one life, how come it is so crappy?  Why can I not be the ill one?  I have made many mistakes in my life and stepped on a couple of toes in my career.  People love me or hate me.  Vic has never deliberately gone out to hurt anyone.  She was born with this dreadful disease.  And now my beautiful Jared… I could not bear going through this again with him.  He has such a pure heart.  The scariest thing is that he has witnessed his mother’s struggle and steady decline over the years.

There are times that Vic cannot remember – the times that she was in ICU, ventilated, sedated, critically ill – all of this the boys lived.  Vic does not know what tomorrow holds but if Jared is diagnosed with OI he will know exactly what lies ahead of him.  I see the helplessness in his eyes when he looks at her.  I hear his frustration with her battle…  Please, if there is a God of Mercy, let Jared be spared this.

Tonight I am not in a happy place.  I spoke to the UK kids and feel content that they are settled and doing well.  Spoke to the little ones but the longing is worse than ever.  Chloe graduates tomorrow.  I am not there to share this milestone in her life. 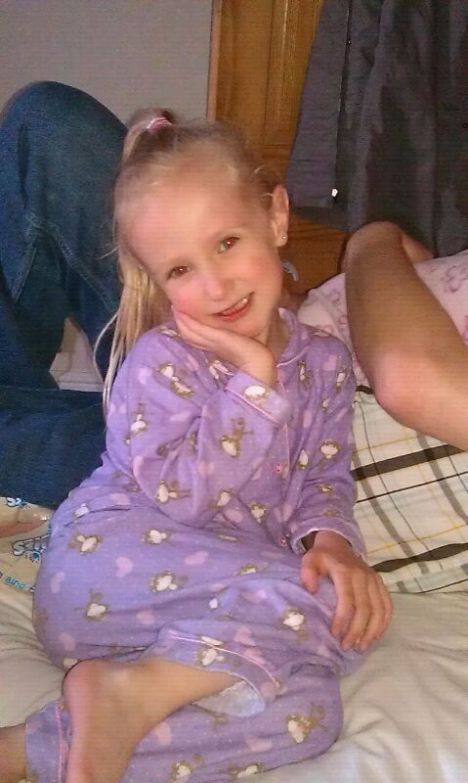