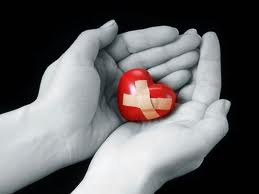 Thirteen years ago, we celebrated Tienie, Vic’s father’s, birthday at his memorial service.  Since the 29th of October Vic has relived every second of her father’s final journey.  It has been indelibly burnt into her memory, her being, and her life.

Thirteen years ago Vic stood up in front of hundreds of Tienie’s friends, family, colleagues, lovers, ex-lovers, ex-wives and delivered a beautiful and moving eulogy!  She honored her father by talking about what he represented in everyone’s lives.  How giving he was…

Tienie gave his family and friends love, laughter, friendship and joy, and we knew he would want to give someone else the opportunity to have a better life.  Vic made the brave decision to honor her father’s unwritten wishes.  She gave permission for Tienie’s organs to be harvested and donated.

As we said our goodbyes we were able to celebrate his generosity.  He had given men and women a heart, lungs, kidneys, retina, bone, pancreas, and skin…  For one or other reason his liver was not used.  Up to today we joke and say that he used up his own liver…

Vic received letters from grateful families thanking her for the gift of life that they had received from her daddy.

I often wonder about the fortunate person who received Tienie’s heart.   I wonder whether elements of a person’s character – or even their soul – are transplanted along with a heart.   CLAIRE SYLVIA, a divorced mother of one, was 47 and dying from a disease called primary pulmonary hypertension when, in 1988, she had a pioneering heart-lung transplant in America.  She was given the organs of an 18-year-old boy who had been killed in a motorcycle accident near his home in Maine.

Claire, a former professional dancer, then made an astonishing discovery: she seemed to be acquiring the characteristics, and cravings (beer and KFC), of the donor.  Claire catalogued her journey by writing a book called A Change Of Heart.
Read more: http://www.dailymail.co.uk/health/article-558256/I-given-young-mans-heart—started-craving-beer-Kentucky-Fried-Chicken-My-daughter-said-I-walked-like-man.html#ixzz2BrWBPp7G

The recipient of Tienie’s heart could take on a couple of beautiful characteristics; develop a love for beer, whiskey and women…  He/she would also prefer vegetables to meat, be honest to the core of his/her soul…. He/she would not cry… Party hard and work even harder.  He/she would have a wonderful, mischievous sense of humor  be very tidy and lose their ability to dance…

By writing this post I do not want to detract from the wonderful marriage that I have.  I am so grateful for the second chance I had at love and happiness.  I thank God for the wonderful husband He gave me, the Dad that Vic was given.  I thank God for Danie.  He is an amazing Dad to Vic.  Tienie will always be her father but Danie is her Dad.  Danie is the greatest gift I received from God and I love my life with him.  I love Danie with every fiber of my body.  I will ALWAYS love Danie.

But today I miss my first love, my friend, the father of my child.

12 thoughts on “A change of Heart”