You know? I was just sitting here today; thinking about everything and I mean everything that I have written and do write about.

It occurred to me that when I began writing, I had a goal; a mission.

It was to expose the lies that our government tells us and to encourage the rich to pay more taxes. A pretty modest goal; I think.

As much as I have tried to fulfill that goal; it has become clear to me that what I once thought a modest goal; was in fact; a huge over reach.

It didn’t take very long or very much energy to find out that the ways our government lies to us are so many that it would take the rest of my life and many more to even attempt to detail them.

As far as the rich paying more taxes? Well that truly did turn out to be a modest goal. Turns out that while it is true that the wealthy pay little to no taxes on much of their money; and the poor and middle class pay the bulk of the taxes because they are the ones affected by the various fees and sales taxes and payroll taxes etc.; this is a small problem and one that would be solved automatically if the rest of our problems solved. Even if the biggest few of our problems could be solved.

Number one; biggest problem we have today? Racism. No doubt.

Some people have asked me why I like Black people so much?

I say it’s cause they got good weed; good attitude; Reggae; the long-suffering of a saint; and have been shafted from the get-go; and need all the support they can get from those of us Caucasians; Whites;  who are able to see their situation as it really is.

The truth is that I don’t love Black people so much and I don’t like people because they are black. I like people because they are people; black; white or whatever. Just because you are black; doesn’t make me feel obligated to like you. Neither does being white or any other color. I can dislike you with the best of them if I think you’re an asshole. So I guess I do discriminate;…against Assholes.

You know; you can’t take something like skin-tone with any seriousness. The very acknowledgement that you can detect it is an insult to us all. Because knowing it is of no; repeat that; NO value.

Unless you are trying to describe the guy who lifted your cow. Then it’s ok to tell  what shade he is. 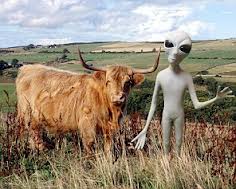 But what isn’t ok is for anyone to assume what color he is; based on his actions.

One is racism; the other a good report.

Being anti-racist or non-racist is a much maligned and oft misunderstood stance to take.

I have been accused of everything from ass-kissing to hidden sexual tastes based on skin-tone. My responses have often been less than polite but in my better; less angry moments I have managed to explain that I fail to understand what these folks believe to be my motive for the ass-kissing; unless it has to do with my supposed sexual proclivity which; I have explained is non-existent. Not that I have anything against Black women or Yellow women; or Red women. I dig the rainbow but I am a married man; married to a white woman who I am very much in Love with and who is also a non-racist sort of chick and I take my vowels very seriously for reasons which are partly biblical in origin but primarily about human dignity, respect, self-respect, love, and a sincere desire to avoid doing more damage than I absolutely must as I travel through this life. My failures to date are enough for my ability to carry their guilt and I try to be very careful about what I put out into the universe.

Let’s face the facts. Let’s not pretend to be blind or deaf or stupid.

Let us admit that we are at least semi-intelligent people who are able to say what we see; who will not ignore the nose on our face or say “What’s the Buzz?” when we hear the cries of our brothers.

Think of what your country would be like if there was no racism. Think of all the problems, violence, hatred and grief could be saved. Think of all we could do if instead of battling each other; we could work together free of those destructive forces that hold us back now.

Hard isn’t it? It is hard. It is hard because we as a nation have been programmed to hate each other. It’s everywhere. Giving in to it is so much easier than fighting it. If we are to escape racism; we must seek knowledge ourselves because the schools; the courts; the military; and the rest of the institutions of our society are woefully unenthusiastic and the government way less than zealous at seeking the truth and peace between us and us.

So when I see a crime; a person being beaten; when I hear the cries of children; not abstract children of a proverbial nature but the cries of real children who live around the corner from me or go to school with my kids or appear in TV videos of brutal attacks around the world; I have discovered that I feel that I must speak out. I must tell the truth.

The truth is usually not as hard to identify as you have been led to believe.

You are not as inept and stupid as you have been led to believe.

If we are standing before a great hole in the ground and I tell you not to jump and someone else says it’s ok to jump; you know the truth; you have the prior knowledge to sort it out and figure which one is telling the truth.

Well you can do the same thing when you are confronted with other issues and problems; if; you don’t allow your ego; your vanity; to get in your eyes and ears. If you can decide to stand up; a person of Integrity. Sadly, not all can.

What I discovered when I took a long look into the abyss is that I can’t live with myself if I don’t speak out and I can’t stand to see the suffering of people especially but not exclusively children; of any color you care to name.

It hurts me. I am no longer ashamed to say that many of the atrocities I see and hear of bring me to tears of sadness and frustration. I don’t understand how they don’t have the same effect on everyone.

One thing that Clinical Depression does for you instead of to you is to give you the ability for introspection. What the end of that will be is determined by the severity of your depression, the treatment you receive and what you decide to do with it when you can do something. Confusing? You should live through it and figure this shit out for yourself.

I figured out a whole bunch of shit. Much of it; enough to send you back into the fucking abyss by itself.

But after my last sojourn there, I became convinced that I was wasting what time I have left on this Earth in redundancy.

My next post will not be disconnected from this subject. It will deal with racism also.

And there’s a movie for those who prefer a more passive learning experience.

Sadly, we are not alone among nations when it comes to being racist. We should be the first to actually address the problem in a way that will work. This though, can only happen when we want it. We can have anything if we really want it enough; or rather if enough of us really want it.

Reblogged from:  Angryman! Why You Always Talkin’ About Racism?.

4 thoughts on “Angryman! Why You Always Talkin’ About Racism?”