It has been 2555 days since my beautiful child succumbed to her horrific illness. It has been 6 years, 11 months, 30 days. I have been swinging on a pendulum of grief and recovery for the past 84 months. It has been an ongoing battle to balance the pain and guilt of outliving my child with the desire to honour her final wish.

I feel compelled to say the following to those of you blessed with healthy and living children. As you love your living children I love my child. Unconditionally and every second of the day. I too want to talk about my child… Just as you do. When you talk about your child and his or her achievements I don’t squirm in my chair. When I talking about my child you try and change the subject. I have heard a friend say “I have heard the story before “and walk away from the group. If I repeat a story it’s because I don’t have new memories. I only have old memories to hold on and repeat. Your discomfort doesn’t make my child matter less.

Not my love for her.

I will grieve for a lifetime. I will never “get over it”. My love for Vicky will last for the rest of my life. Every milestone in my grandsons lives remind me of our loss. Milestone birthdays, Jared’s wedding and now Kirsten’s pregnancy. Jon-Daniel graduating at the end of the year… Yet I have experienced joy. I have hugged and wiped tears from the eyes of other bereaved parents. I have been filled with pride for my precious child’s brave and selfless journey through life and death. I look at the boys and am filled with pride for the young men they are. I remember with pride what a wonderful mommy Vicky was. I am filled with sadness that Vic will never have the privilege of holding her first grandson. 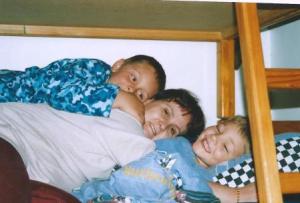 Tonight, as the pendulum swings back I once again descend into this intense state of grief. Tomorrow morning at 10:35 it will be 7 years since Vic stopped breathing.

Today I allowed myself silence and unchecked tears. Next week I will continue to honour my child’s life by fulfilling her final wish. Rest in peace my precious, beautiful child. You will forever be in my heart. I will never forget.

It is a mere 850 days since Vic died.  2 years and 4 months seems so short… 850 days seems far more representative of the longing.  It seems “longer”….

I woke up this morning with tears pouring down my cheeks.  I so longed to hold my child.  I know that the boys remembered too.  Jon-Daniel posted on his Facebook “Appreciate your Mom, tell her you love her, make her smile – because the only time she ever smiled while you were crying was when you were born!”  The first to “like” his post was his brother.

I imagined that the longing would get better.  It doesn’t!

At first it felt as if I was overseas – away from the trauma of Vic being ill.  I always felt guilty at the “reprieves” I had when I was travelling for work.  Now I would give anything and everything for just an extra minute with my child.

It was hard standing next to Vic’s bed hearing her cries of pain.  It was even harder seeing the despair in the eyes of her precious boys when they stood next to their mom’s bed helpless to ease her pain and fears.

So often over the years I wanted to run away.  In the end, when Vic cried from fear of dying, I felt the need to put an end to her suffering well up in me.   I put my hands over my ears and screamed in my head.

How do you answer your child when she cries “I am so scared”?

We have a patient at Hospice who vocalises her fear the way Vic did.  Today I just held her.  How do you still the fear of the unknown in a dying person?  And NO!!!!  It has nothing to do with religion.  Everybody is scared.

From that dreaded moment when a patient is told they are terminally ill an avalanche of shock and fear hits them.  It is called actually “named” – terminal fear.  Vic (and Elizabeth*) fear dying, pain, saying goodbye, loss of control and mostly all-encompassing the fear of the unknown.

Vic’s overwhelming fear was that people would forget her – that she would be replaced….  Vic questioned her life’s worth.  She did not work and in her mind that meant it that she had not achieved anything.  That she would leave no legacy.  No matter how many times we reassured her that she inspired hundreds of people worldwide, the fear never left.  I hope that she now knows how powerful her legacy is!  That hundreds of patients have benefitted from her death wish and, most importantly, that her sons are her true legacy.

I have witnessed that grieving starts the moment of handing down the sentence.  It is a long and hard journey for the dying person, their loved ones and friends.

And, today that Elizabeth’s* fear rests heavy on my heart, I know that we will provide her a safe haven where she can relax into death.  We will hold her hand and guide her family through this dreadful trauma of saying goodbye to a wife, mother, grandmother and friend.

I pray for wisdom and strength to handle the déjà vu of Elizabeth’s* final journey. 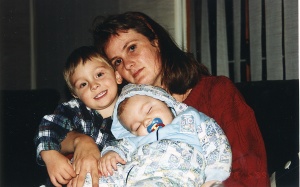 Two years ago I lay next to you listening to your laboured breathing. You lay motionless in your bed. Your hands and feet were ice-cold. Your body was burning up with fever. Daddy and I counting the seconds between your breaths. My hand on your little heart and my head next to yours.

I remember whispering how much I love you; that there was nothing to be scared of…I felt your heart beat getting weaker and weaker; your breathing becoming more shallow by the minute.
When your little heart stopped beating my heart broke into a million pieces. As your soul soared mine plummeted into a hell hole of grief and despair.

I knew that it would be hard but nothing in the world could have prepared me for the pain that followed. My heart aches for you and I would give anything to hold you one more time. To hear that mischievous giggle…

We miss you so much. Our family will never be the same again. 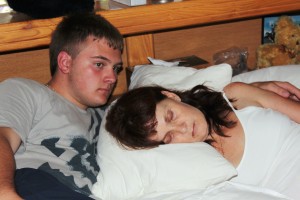 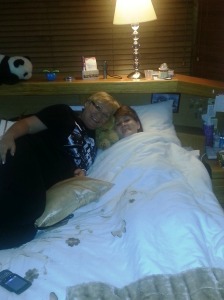