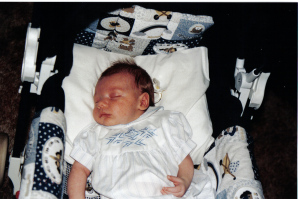 Today was another milestone for Vic and the family.  Jon-Daniel turned 14 and he woke up to his loving mother’s birthday wishes and kisses.

I could not help but think back to the day he started “big” school.  Vic was violently ill but refused to be admitted to hospital before Jon-Daniel was taken to “big” school and settled into his new class…  Seven years ago she placed her own life at risk to take her son’s hand in hers and lead him into a scary new phase of his little life.

Vic kneeled next to his little chair and told him school was going to be one of the greatest adventures in his life.  She told him she loved him and he was in good hands.  His brother would look out for him at break.  He had to concentrate and listen to his teacher.  “Mommy will…